RESEARCH VESSEL
In 1924 Angelo Siino, opened the Siino Boat Works next to the Monterey Boat Works and in 1937 acquired the Monterey Boat Works located adjacent to the current location of the Monterey Bay Aquarium, the original Monterey Boat Works building has been restored and currently used as a lecture hall by the Hopkins Marine Station of Stanford University. The Boat Works weathered the storms of the 1929 Wall Street crash, the 1930s Great Depression, the prejudice against American and immigrant Italians during WWII, the decline of the sardine industry in Monterey and the move away from wood as the preferred building material.
The General Pershing was the largest fishing boat ever built at the Monterey Boat Works. Originally built for Jolt'n Joe DiMaggio's first cousin Neno DiMaggio and fisherman partner Chracciolo by the Siino family (established boatbuilders from Isola Delle Feminine Sicily) Angelo Siino (known in high regard as "Maestro Angelo"), his brothers Gaetano and Francesco helped build the boat assisted by their father Erasmo, Angelo's brother-in-law Frank Marinello and Angelo's son Raymond.

The second generation of Siino's, Raymond and Frank were very well known in the area and very highly regarded boatwrights. The brothers ran the Monterey Boat Works until its closing in the early 1970s.

The third generation of Siinos Janet, Andy, Mark and Randy have preserved the legacy of the Monterey Boat Works through a series of Art Exhibits, media interviews and presentations, the restoration of the General Pershing from 2014-2021, as well as, the publishing of the book in 2014 by Janet Martinez, Master Boat Builders of Italy, The Siino Family. A Tribute to the Monterey Boat Works. 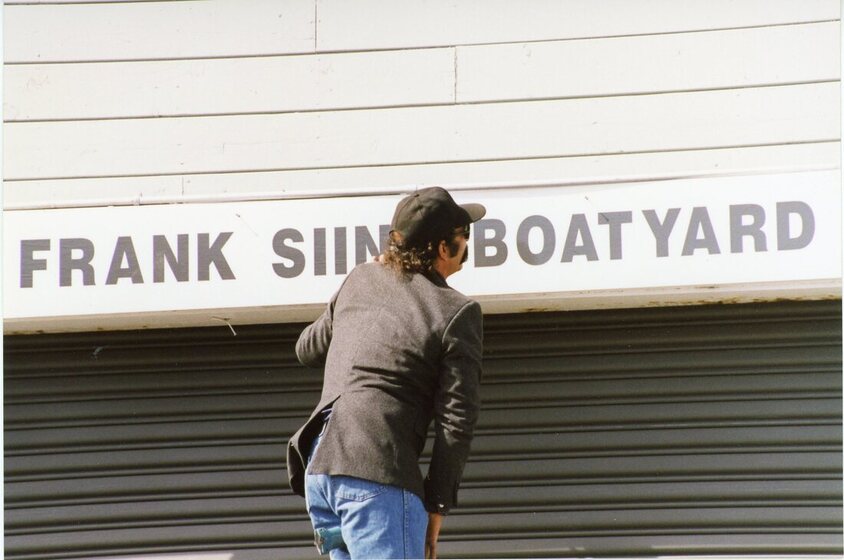